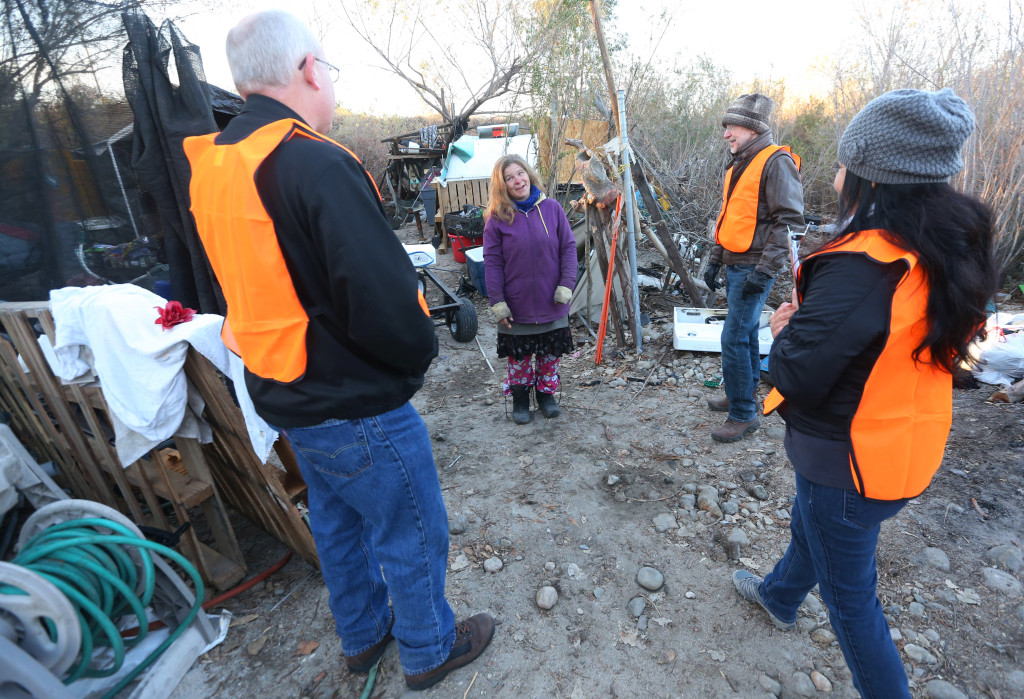 ….They Welcome Their PIT Count!

A few days ago, NBC posted an article by Alicia Victoria about the rise of homeless people in California. She discussed growing numbers all over Los Angeles County, not just in the City of Los Angeles. Santa Monica talks of the draw of the ocean landscape for those experiencing homelessness.

In this limited article, she briefly uncovers some of the causes of homelessness. This is one of the few articles I have read recently that points to specific actions that have caused this exponential growth. Alicia states the most obvious cause of living without a permanent shelter is the rising cost of housing and the simultaneously decreasing affordable housing units available. It is in the next paragraph though that I see as a very important and often overlooked cause of homelessness.

Two other factors repeatedly come up in discussions about homelessness in California: Gov. Ronald Reagan signing the Lanterman-Petris-Short Act in 1967, which ended the practice of admitting patients into psychiatric institutions against their will, and Gov. Jerry Brown reducing the prison population after a federal three-judge panel ordered the state in 2009 to cut the inmate population by 46,000 people.

Now the article I am citing is written in California about California but I would like to take this information and question other states about similar causation. I wonder what year it was that Arizona stopped forcing hospitalization of those suffering mental health issues and what year did they start releasing non-violent inmates to reduce their prison population. Do those years point to the exponential increases in the homeless numbers we are seeing here in Phoenix?

Alicia mentions that mental health and reintegration services did not increase as a result of the new laws. I think this is very important in beginning to tackle this problem. We will be reporting on Arizona’s Mental Health Laws in future issues of StreetLights Street Paper.

We will be asking and hopefully answering questions like What is Title 36, 19 and 21? What is a RHBA and what is its purpose? What does Arizona legally require mental health services for Insurance Companies, Service Providers, and more? How does Arizona care for its population of people suffering from serious mental health issues? What does SMI stand for and what does it mean to have that designation? What kind of Mental Health services are available to the general population? This article will be updated with links as the articles are posted.

Another topic Alicia mentions is the PIT Count – Point In Time Count. We here at StreetLights posted an article about this annual count of Homeless people on the streets and in temporary shelters. She states that although the process has its flaws, the count is something Los Angeles embraces.

Los Angeles was an early adopter and proponent of this count, they assemble a large group of volunteers and do this count over the course of three days in comparison to Arizona and most other areas that do the count in one night. Arizona utilizes several hundred volunteers for its count across the state.

Los Angeles and many other regions coordinate with churches and other social service providers to hold free events that would draw the homeless in to be counted. As of this time, I haven’t been able to find any here in Phoenix and wonder if this might be something officials would want to add. It makes sense to have an event that offers services or other benefits to the homeless on this night to bring out many who would normally refrain from this count.

One Reply to “California’s Homeless Population is growing exponentially…..”