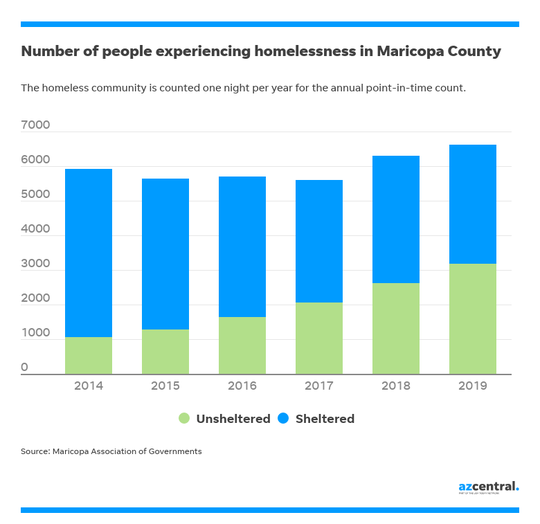 Is PIT the Pitts?

The Point in Time count is done every year throughout the country on a particular night in January. The official definition is

The Point-in-Time (PIT) Homeless Count is an annual street and shelter count to determine the number of people experiencing homelessness in certain cities and metropolitan regions throughout the country during a given point in time. (which is one multi-agency coordinated night in January)

A common complaint about this count is that the number of people that they come up with is missing a significant portion of people who could just not be found and/or counted at that point in time. Further research shows the reporting agencies do take this assumption into consideration and compile their numbers with input from multiple agencies, shelters, community resources and the HRMIS (that’s a whole other topic).

The final number is a compilation of actual counts and reports from specific agencies.

According to the 2019 Point-in-Time Count for Maricopa County, there were 6,614 people experiencing homelessness on the night of January 21, 2019.

48% were unsheltered or sleeping in a place not meant for human habitation.

Almost entirely absent from public discourse is the issue of capacity.

Critical to our understanding of why people are sleeping outside is the recognition that for a large number of
people, there are simply no beds available.

This post has been sitting in my draft folder for 22 hours unfinished because I really couldn’t decide what my opinion on the PIT count is. I realize you don’t read this paper to find out my personal opinion, however; having an opinion does tend to color even purely factual, technical writing and I want to clearly see that color in myself.

BUT look what I found in my Twitter in-box…….It appears that I am not the only one to have questions about the numbers or accuracy of the count. And Phoenix / AZ isn’t the only place suffering exponential growth beyond its capabilities.

The major concern isn’t as much, “Is the number they come up with an accurate one by one count?” The real concern is so much more about, “Is this number an accurate representation of the number of people living without shelter intended for living purposes, and what services do they need?”

These numbers are used to compare this year to other years, this city to that city, state, county, neighborhood, etc., etc.. It is this number of total homeless that disbursement of funding is based on, it is this number that numerous writers will reference until new data comes out. If the number is not accurate, how far off is it? Is it double what they count? triple? half? I have decided that what really matters is “How this number compares to those collected in a similar way on a similar day, in similar places. What story does this comparison number tell about the success of current programs in place?

Another Sobering Set of Numbers…

As the 2019 PIT Count showed, there was a significant increase in the number of unhoused and unsheltered. What you have to look for is that this number has tripled since 2016. This is what is jumps out to me. I would say that is the most relevant fact of the whole report. Secondly, is that the number of homeless sleeping in a shelter has dropped. Not both numbers increased, no we have 3x’s as many people need shelter and we have hundreds of fewer places to put them.

3x’s as many people have lost their home, due to circumstances beyond their control, in the last 3 years. That is a significant increase and this increase is not unusual, most every city, county, and state is seeing phenomenal growth in the number of homeless they are struggling to serve.

When is this number going to reach a level that calls for a national state of emergency? What can we do to stop thousands of new people being added to those already suffering homelessness? What can we do to return these people to jobs, homes, families, and more that they once had?

Every single one of those numbers in the report represents a different story, a different individual whose life was drastically changed due to circumstances beyond their control. You can read a couple of these stories right here on our website That Water Chick and Julian

So as we prepare for the PIT count here in Phoenix in the next couple of days, I believe we must share our knowledge of why this count is done and what the numbers represent. I hope to encourage more people to be found, to be counted and included in this flawed but necessary effort.

I would really love to know how my peers feel about this report, it’s accuracy, relevance, and necessity. Leave your comments below and let’s open up the discussion to other perspectives.